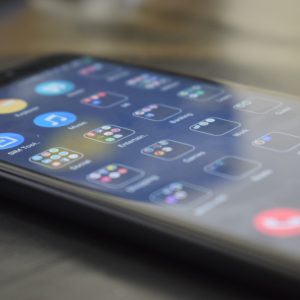 Posted at 07:54h in Uncategorized by Craig Selinger 0 Comments

As the pandemic emptied busy streets, offices, and school buildings, we all flocked to our laptops, tablets, and mobile phones to connect, maintain community, and fulfill our responsibilities at work and at school in the middle of a global health crisis.

And yes, it hasn’t been easy. On top of dealing with the uncertainties of living in a world besieged by an invisible enemy, being forced to retreat within the confines of our own homes also brought a host of new challenges. From making sure your children have their own space for online learning, to attending conference meetings while doing your laundry, to struggling to keep track of time and tasks as the days start to meld into one desperately long and uneventful routine.

Needless to say, it’s been extra challenging to stay motivated and not let yourself get distracted by the everyday struggles of life in a pandemic-stricken world. Luckily, there’s an app (or 10) for that. And below, we’ve compiled the best apps to help you get your focus on!

When you’re already struggling to stay on task, the last thing you need is an “assistant” that makes your life more complex than it already is. No, what you need is a straightforward and easy-to-use app like Due, which prides itself with being so fast and so persistent it’s impossible for you to miss any of the reminders you’ve set. The best part? You don’t need a subscription or pay monthly fees (so that’s already one less thing you need to remember to pay!) to enjoy its functions.

This cross-platform app has been one of the most popular note-taking apps since its release, and for good reason. For one, it’s features and functions are so exhaustive that users can take notes, create to-do lists, take photos, record voice memos, and schedule meetings within your team or organization. It’s especially popular among students and teachers because it allows users to create portfolios, lesson plans, manage classrooms, and take minutes of meetings. And because of its cross-platform feature, you can gather and access all your notes whether you’re at home, at work, or on-the-go.

Remember The Milk (RTM) program has been around since 2004, and that says a lot. Its popularity and longevity lie in its minimalist approach in boosting your productivity and keeping you on track. One of the app’s features that people love is its share function, which allows users to share to-do lists with other family members, co-workers, or classmates to get things done faster. Remember the Milk also lets you choose how you want to get notified (email, Twitter, and SMS are some of the options) and allows you to sync your account across devices, including desktop PC.

Let’s be honest. While having one of the apps on this list in your phone can be extremely helpful in making sure you have no task left behind, you likely have 10 or more apps in there that do the exact opposite. Distractions are the number one enemy of productivity, which is why you need Freedom in your life. Available for use on smartphones, tablets, and computers, it allows you to ban specific websites or Internet access for a set amount of time (and the only way to regain it is by restarting your device or waiting until the ban period has elapsed). In other words, it ‘frees’ you from the trappings of endlessly scrolling through your Instagram feeds or getting sucked into the YouTube vortex.

Brain Focus Productivity Timer is a time management app for Android that helps you get things done. Its concept is similar to that of the Pomodoro Technique, which recommends that you divide your work into segments and take breaks in between. It comes loaded with other must-have features, such as Wi-Fi deactivation, turning off notifications during work times, and pausing and restarting sessions.

Mind-mapping is a powerful brainstorming exercise when you want to generate or connect ideas, and one of the best mind-mapping apps available is SimpleMind. It might not be the flashiest app out there, but what it lacks in bells and whistles, it more than makes up for with its intuitive and straightforward approach to mind-mapping. In fact, this very same simplicity is what its users love about the app the most.

Dictation is an iOS speech-to-text app that can recognize and transcribe over 40 languages. This means you can dictate, record, translate and transcribe text conveniently using your own native language without having to awkwardly repeat your words over and over (and the transcription still doesn’t get it right). It follows simple voice commands to add new paragraphs, punctuation marks, smileys, and other special characters.

Correcting bad habits is easier when the evidence is staring you in the face. And developing new and better ones becomes more fulfilling when you see your own successes. This is why Productive Habit Tracker is a must for those who want to change up their daily routines in favor of better, more productive habits. It has a simple and intuitive interface, which makes it easy to track your to-do lists, goals, routines, and your best streaks. It allows users to check and measure their progress and see just how much they’ve improved and how often they’ve hit their goals. Talk about keeping you focused and motivated!

One of the things that significantly impact your focus and productivity is sleep. Too much or too little of it usually leads to feeling sluggish and unmotivated. In other words, have a bad night’s sleep and you’re likely not getting anything done the next day. Luckily, Sleep Cycle helps its users keep better track of their nighttime rest and encourages them to form healthier sleeping habits. It tracks and analyzes snoring, talking, coughing, movement, and other sounds. It also gives users sleep statistics and can identify short- and long-term trends.

When you have kids in the house, you know that offering a reward can be a great motivation for them to ditch their video games and help with chores, finish the homework on time, or give you 15 minutes of uninterrupted peace and quiet while you answer work emails. iRewardChart creates a framework for parents and children to discuss, regulate, and reward positive conduct by establishing a rewards system based on performance and good behavior. Parents can give stars to kids when they behave well, which they can then exchange for different prizes. Rewards are tiered and can be unlocked using a specific number of stars, which can be set by the parents. Say, ice cream for dessert will cost 10 stars while a movie and pizza night needs 20.

Owner at Themba Tutors
Craig Selinger is a NY State licensed speech-language therapist (pathologist) and learning specialist with over 18 years of experience working professionally in New York City. Check out his interviews with top-notch professionals in education, therapy, and the medical fields who work with children on his podcast. He also blogs on Medium. Looking forward to hearing from you!