31 May An Ancient and Proven Way to Improve Memorization

An Ancient and Proven Way to Improve Memorization

Reprinted from The New York Times 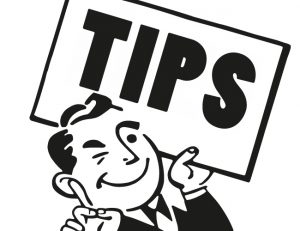 In January, I devoted every walk from my home to the train to the contemplation of work details, hoping to improve my recall of them. That was my New Year s resolution, and so far I've stuck to it.

In every one of those walks I was also retracing a memorization technique known to the ancients and shown by modern science to be highly effective.

The Rhetorica ad Herennium, written in the 80s B.C. by an unknown author, is the first known text on the art of memorization. (It's also the oldest surviving Latin book on rhetoric.) It teaches the method of loci, also known as the memory palace. As its names suggest, the approach involves associating the ideas or objects to be memorized with memorable scenes imagined to be at well-known locations ( loci ), like one s house ( palace ) or along a familiar walking route.

You can test the method for yourself. If you re like most people, you would not easily commit to long-term memory a 10-item shopping list. But I bet you could remember it and for more than a few minutes if you first visualized it along a walk through your house: The entryway of your house is festooned with toilet paper; your kitchen sink is full of lobsters, dancing; a bathtub-size stick of butter melts on your dining room table; your family is singing karaoke in a swimming pool of hummus in your living room; your hallway is so full of grapes you cannot avoid crushing them with each step; your stairway has a runner of lasagna noodles slippery with tomato sauce; a mooing cow is being milked in your bedroom; stalks of corn grow down from the ceiling in the spare bedroom; a crop of multicolored mushrooms blooms in your shower.

Take a few moments to burn these images and locations into your mind (adding motion, sounds, smells and tactile sense to your imagined scenes helps). We'll test your memory with an imaginary trip to the grocery store at the end of this article.

Joshua Foer wrote a book about how he trained to win the United States Memory Championship. He points out that we're so good at forming mental maps and recalling images that we hardly notice it. Recall the last party you attended at a home you had not previously visited. Though you probably only walked through the house a few times, you can probably remember most or all of its layout and location of major furniture. Anything else distinctive you saw like unusual or appealing pieces of art, vivid wall colors and the faces of people you met are probably also easy to recall. Effortlessly, you retained hundreds or thousands of visual memories and spatial details.

Research backs this up. After people viewed thousands of images for a few seconds each, studies found that, on average, they could correctly distinguish over 80 percent of them from images they had not seen. This remained true even when the comparison images were of the same object in a slightly different position (like the same cabinet open versus closed or the same telephone at a different angle). Another study found people could usually recall objects they d seen even after seeing hundreds of intervening ones, demonstrating that visual memories of objects are stored long-term.

It makes sense, then, that numerous studies, extending back decades, show that the method of loci improves memory. Using the approach, people who could remember only a handful of numbers seven is the norm, give or take a few were trained to recall 80 to 90.

Another study found that the method doubled the proportion of people who could remember at least 11 of 12 grocery list items. Students who applied it in an undergraduate economics course outperformed those who did not on an exam. Medical students who used the method of loci to study the endocrine system learned more than those who did not.

Patients who have had treatments known to impair recall and cognitive function like coronary bypass surgery and surgery and chemotherapy for breast cancer improved their memories with the method of loci. As a memory aid, it's superior to rote memorization and converting items to images alone. Placing those images in a memory palace helps recall.

Before books were common, the method of loci helped lawyers and others retain and recall information necessary for their jobs. The locution in the first place is a holdover from this ancient method of memorizing speeches. It works because it harnesses humans evolved skill at remembering details of locations, which helped hunter-gatherers recall what was edible and where to find it, and what was poisonous and how to avoid it.

It does not take an extraordinary mind to develop an extraordinary memory. Competitors in memory championships or those seen on Fox s Superhuman memory athletes weren t born with photographic memories. They have practiced for years using the method of loci, supercharged with other mnemonic methods. With them, some can memorize hundreds of random numbers in a few minutes or the order of cards in a deck in tens of seconds. But, as Mr. Foer learned, memory athletes memories excel only in areas they ve trained they still misplace their keys like the rest of us.

Indeed, science shows that these are normal minds after extraordinary training the same hardware running different software. Brain anatomy of memory athletes and those without exceptional memories are the same. Because they have trained specifically to recall numbers and faces, memory athletes outperform others in doing so. But recall of magnified images of snow crystals for which memory athletes have not trained is identical. After observing a game for five or 10 seconds, master chess players can recall the positions of nearly all the pieces. A novice can recall only a few. The difference is training, not exceptional memory. Shown a random configuration of pieces that could not arise in a game, chess masters are no better than novices at piece position recall.

My commute has become my memory palace, not for groceries, but for aspects of my work. Features of certain landmarks specific houses and parks I pass have become loci for them, converted to images and scenes of my own invention. I figuratively walk through my work as I literally walk to it. For example, I associated an analysis of the time patients wait for care with cars waiting at an intersection I cross.

We think memorizing is laborious, boring work because we ve been taught to do it by rote. You may recall, as I do, countless hours in third grade poring over multiplication tables or, in ninth grade, endlessly conjugating French (or Spanish) verbs, or in 11th grade, incessantly reciting Macbeth s Tomorrow, and tomorrow, and tomorrow soliloquy in the attempt to firmly place them in long-term memory. These brute-force approaches are dull because they re devoid of any creativity.

In contrast, the best memorizers place the most flamboyant, bizarre, crude and lewd images and scenes (and their actions) in their memory palaces. The more distinctive, the more easily they re recalled. This is why the Puritans recoiled from the method of loci they knew students were relying on impure and idolatrous imagery and it fell out of favor as an educational tool. Today our memories are eroded by external memory devices like cellphone cameras and apps.

Now, about that grocery list. In your mind, enter and walk back through your house. What do you see Can you get all 10 items

(Separately, we ve created a short interactive quiz that tests your memory. Give it a try.)

Owner at Themba Tutors
I am a NY State licensed speech-language therapist (pathologist) and learning specialist with over 18 years of experience working professionally in New York City. Check out my interviews with top-notch professionals in education, therapy, and the medical fields who work with children on Spotify https://open.spotify.com/show/4h4xVs4sRrfDgHHXlhn90x. My blog: https://cselinger.medium.com/. Looking forward to hearing from you!