What are Neurodevelopmental Disorders? 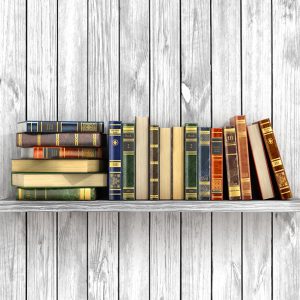 SPEAK WITH A DYSLEXIA COACH OR TUTOR EXECUTIVE FUNCTIONING COACHING

What Are the Types of Neurodevelopmental Disorders?

The following are examples of neurodevelopmental disorders:

People with intellectual disabilities can still learn new skills, but the process is often slow and arduous. In many instances, intellectual deficiency may occur before birth. These include Down syndrome, fetal alcohol syndrome, birth defects, and infection. Some occur when a child is born or shortly after birth.

The following are the signs and symptoms of intellectual disorders:

It is a group of disorders in which children lag in their physical or mental growth. Children learn to crawl, talk, and do basic things at different paces. Some children learn these things at slower speeds, later than other kids. While some cases may point out to a simple difference in the pace of development, these may also be early signs of a developmental delay. Many factors lead to this disorder such as:

Talk to their pediatrician if you think your child has a delay in growth. The developmental delay also means that only clinicians can detect an underlying disorder. Once your child is diagnosed, schedule treatments or other early interventions that can help in development.

The following are the signs and symptoms of global developmental delay:

These are the disorders that affect abilities to send, receive and understand concepts. Children also face difficulties in hearing and understanding messages. Every disorder’s linguistic features differ according to the severity and child’s age. There are various groups of communication disorders like speech, language, hearing disorders, etc.

Communication disorders occur due to:

The following are the signs and symptoms of communication disorders:

Sometimes, the person does not fit the requirements for ADHD or other neurodevelopmental disorders. Clinicians term these instances as other specified attention-deficit/hyperactivity disorder or OS AD/HD, and patients typically feel distressed or have impaired social functions, among others.

The signs and symptoms of other specified attention-deficit/hyperactivity disorder include:

Developmental coordination disorder (DCD) is also known as dyspraxia. It is a condition that affects the physical coordination of children. In this condition, the child shows clumsy and awkward behavior in their tasks, including climbing stairs, tying shoelaces, unbuttoning, and buttoning. Children coping with this disorder struggle to perform self-care tasks. Their academic performance also becomes below average despite having fair or above-average intellectual skills. Their motor coordination problems can affect their academic success. Likewise, their social integration and emotional growth suffer a setback. DCD is about three or four times higher in boys than in girls and often considered genetic.

The following are the signs and symptoms of developmental coordination disorder:

It is a diagnosis of DSM-5 assigned to people with neurodevelopmental symptoms that do not meet the diagnostic requirements of neurodevelopmental disorders. It causes disability in social, employment, or other essential functioning areas.

The following are the signs and symptoms of unspecified neurodevelopmental disorder:

What is Autism Spectrum Disorder?

Despite having normal or above-average intelligence, individuals with dyslexia struggle with reading. Dyslexia is often genetic i.e. it runs in families. Signs of dyslexia in young children include delays and a lack of phonological sensitivities. These signs correlate with a later diagnosis of dyslexia, which persists throughout puberty and adulthood. These include problems with storytelling, memorization, reading aloud, or learning a new language.

Another name for dyscalculia is math dyslexia. People with this condition typically have trouble understanding basic to complex arithmetic. They face trouble with numbers and performing calculations. Dyscalculia tends to run in families. Abnormal brain development, brain injury, and premature birth are some of the factors that can cause dyscalculia. Dyscalculia can appear different at various ages, but it becomes more evident as children grow older. Signs of dyscalculia can emerge and become more noticeable early during the pre-school years.

Subjects We Provide Personalized One-On-One Remote and In-home Tutors for:

At Themba Tutors, we provide children and individuals of all ages with the right help and support to help manage their learning disorders. Our highly qualified tutors and learning specialists offer private, one-on-one, online or in-home tutoring services for students in all levels. These include:

Our tutors and learning specialists are ready to help your child if he or she has a neurodevelopmental disorder.