15 Sep What is ADHD: Everything You Need To Know

Posted at 04:01h in ADHD by Craig Selinger 0 Comments 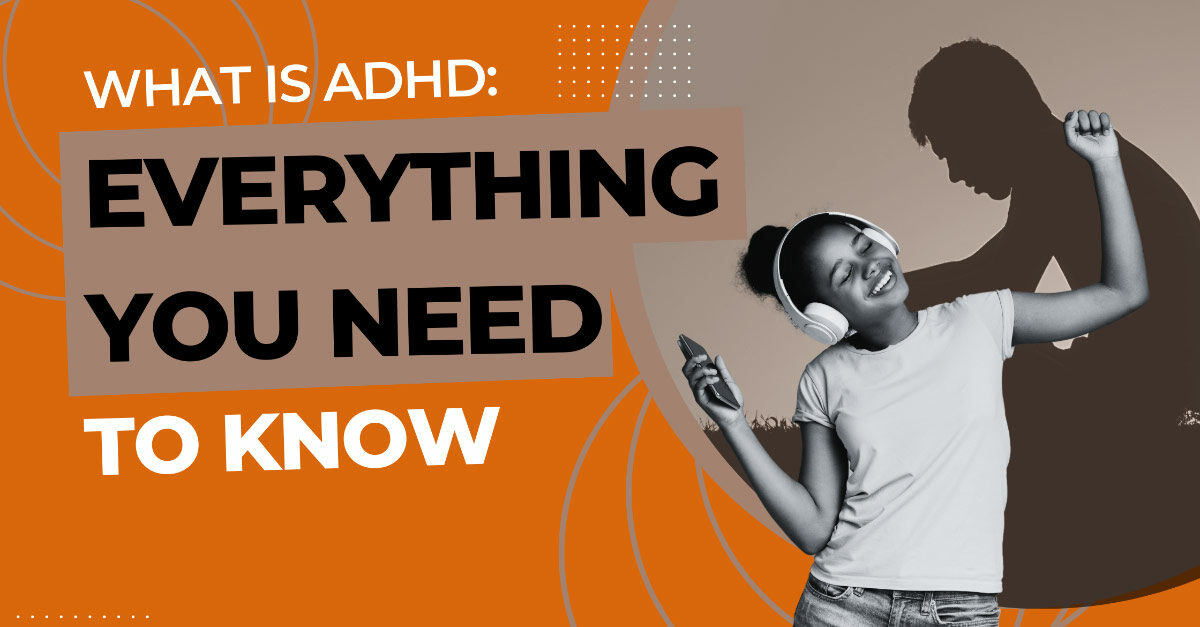 Your child’s impulsive, inattentive, and hyperactive behavior could be more than laziness or lack of discipline and willpower. Maybe your child is trying harder than others to stay focused and stop fidgeting. Observe your child. Children—and even adults—with these symptoms might be coping with an undiagnosed Attention-Deficit/Hyperactivity Disorder (ADHD).

People with ADHD lack executive functioning. These essential skills are useful in different aspects of life, including time management, proper planning, working memory, and task handling, to name a few. However, not every child with these symptoms has ADHD.

In this article, we take a broader look at ADHD and explain its symptoms, types, causes, diagnosis, and treatment to help you understand the behavior of children with ADHD.

People with ADHD have trouble paying attention, controlling impulsive behaviors, and avoiding hyperactiveness. ADHD is not a mental illness or a learning disability. Instead, it is a medical diagnosis. Only the mental health professionals like neuropsychologists, psychologists, or psychiatrists can diagnose ADHD after taking a proper assessment. Professionals generally diagnose ADHD during early school days—when a child does not listen when called, is restless, or remains forgetful during daily activities. ADHD is a developmental disorder, which means an individual is born with it, and behaviors can change over time. A child with ADHD goes through the same stages of life as others, but their prefrontal cortex develops at a delayed rate. The prefrontal cortex is responsible for receiving inputs from different brain parts to process information and adapt accordingly. It is at the front of the frontal lobe—a part of the brain that controls cognitive behaviors such as memory, language, and movement. The estimated figure of people being diagnosed with ADHD (including kids and adults) in the United States, according to a national 2016 parent survey, is 6.1 million (9.4%). In addition, boys are more likely to be diagnosed with ADHD than girls.

What are the Symptoms of ADHD? 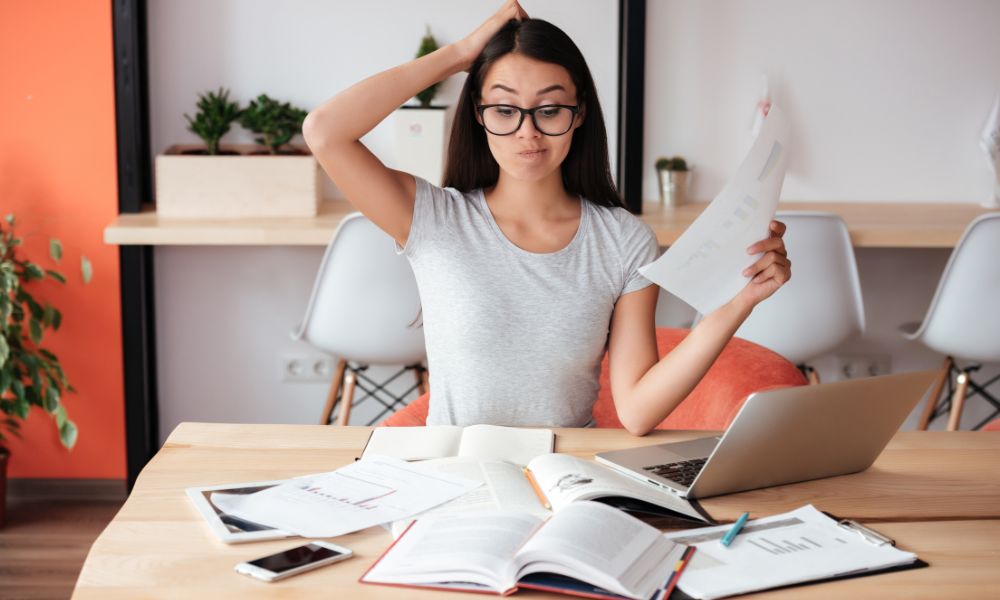 People with ADHD showcase the different patterns of three core behaviors—inattentiveness, impulsivity, and hyperactivity. These symptoms are generally identified in early childhood and seen in multiple settings: school, home, and work. ADHD symptoms gradually interfere with or degrade the daily functioning of lives, referred to as executive functions. However, not every child with ADHD experiences the same degree of these symptoms. In fact, some can have all three while some do not. Similarly, some of these symptoms may go away with time. But one of their biggest challenges is regulating their attention. Many students with ADHD demonstrate hyperfocus. Hyperfocus refers to the deep concentration that leads people to lose track of everything else going around them.

The diverse symptoms of ADHD majorly include:

● Disorganization – A child with ADHD struggles to prioritize tasks, which makes them disorganized. For example, they cannot structure their day and often miss deadlines or forget to do homework.
● Impulsivity – Children with ADHD tend to act without forethought. As a result, you’d find them answering questions before their completion, interrupting conversations, getting out of their seats when they should remain seated, etc.
● Trouble focusing on tasks – ADHD affects a human’s capability to focus on performing and completing tasks. Children with ADHD face difficulty completing assessments and tests—even if they know the answers to all the questions. They sometimes find it difficult to understand questions. Please note that all students who have processing problems may not have ADHD.
● Poor time management skills – People with ADHD have time blindness. They do not understand how long it will take to complete a particular task or how long they have been doing it.
● Restlessness – People with ADHD can be in constant motion. Socially, they may interrupt conversations and have difficulties waiting their turn.
● Problem with multitasking – Individuals with ADHD often have difficulties with cognitive flexibility. This means they cannot easily transition from one task to another. As a result, people with ADHD can get disorganized or might fixate on one task until they finish it.

What are the Three Types of ADHD?

There are three different types of ADHD as per the DSM-V. Note: The Diagnostic and Statistical Manual of Mental Disorders (DSM) is the handbook used by clinicians and psychiatrists in the United States to diagnose psychiatric illnesses. The American Psychiatric Association (APA) published it, covering mental health disorders for adults and children. They updated its latest edition (DSM-V) in 2013.

1. Hyperactive-impulsive ADHD
Hyperactive-impulsive ADHD is the least common category among the three. People with this have little impulse control and are always talking, squirming, or moving. They exhibit impulsive and hyperactive behavior without distraction or inattention.
2. Inattentive ADHD (formerly called ADD)
Inattentive ADHD was formerly known as attention deficit disorder (ADD). People with this type of ADHD show inattention and distractibility without hyperactiveness. These people are generally daydreamers and have poor working memory.
3. Combined ADHD
Combined ADHD is the most common type. People with this exhibit impulsive and hyperactive behaviors with distractibility and inattention issues. 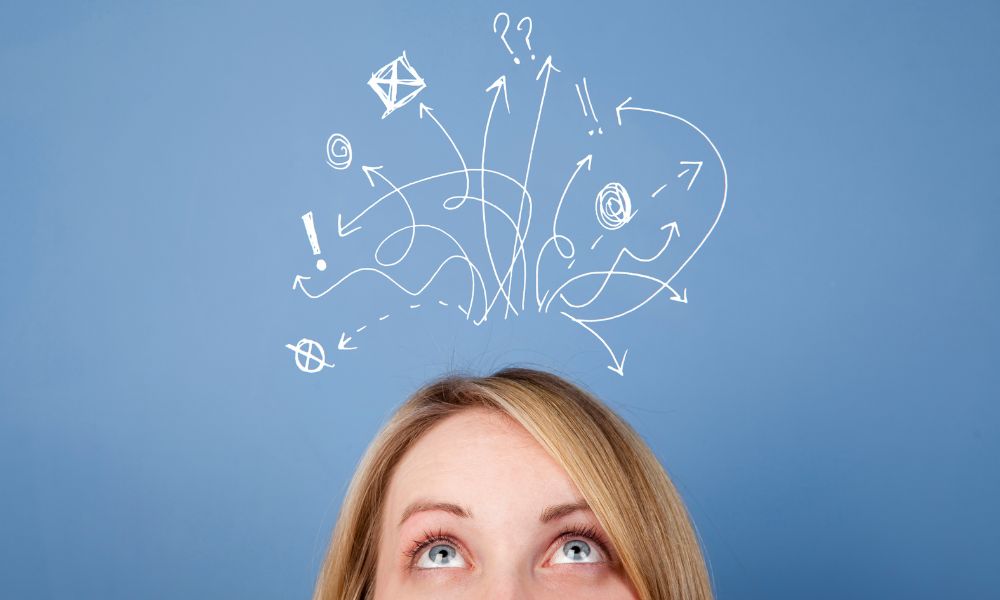 ADHD connects to multiple genes and some non-inherited factors like other psychiatric and medical disorders. Scientists are still figuring out the exact causes; however, there is no single factor causing ADHD. But a person with the given factors is at a high risk of developing ADHD. These include:
● Premature delivery
● Low birth weight
● Consumption of alcohol and tobacco during pregnancy
● Exposure to specific environmental conditions like lead during pregnancy or early childhood.
● Brain injury
● Genetics

ADHD more often runs in succeeding generations. For example, if a parent has ADHD – it is expected that there is more than a 50% possibility that the child will have ADHD. Additionally, if the older sibling has ADHD – there is around a 30% chance for a second child to have ADHD.

How is ADHD diagnosed?

ADHD is not diagnosed with physical tests like an X-ray or blood test. Instead, a proper assessment determines whether or not a child has ADHD. However, a child must have at least six symptoms of either inattention, hyperactivity-impulsivity, or both to diagnose ADHD. Also, it is essential that these symptoms are present in a child before the age of seven, from the past six months or more, and must cause difficulties in two or more settings like home, work, or school.

For adults seventeen or above, five or more symptoms should be present for at least the past six months. And all these must be inappropriate at the development level. 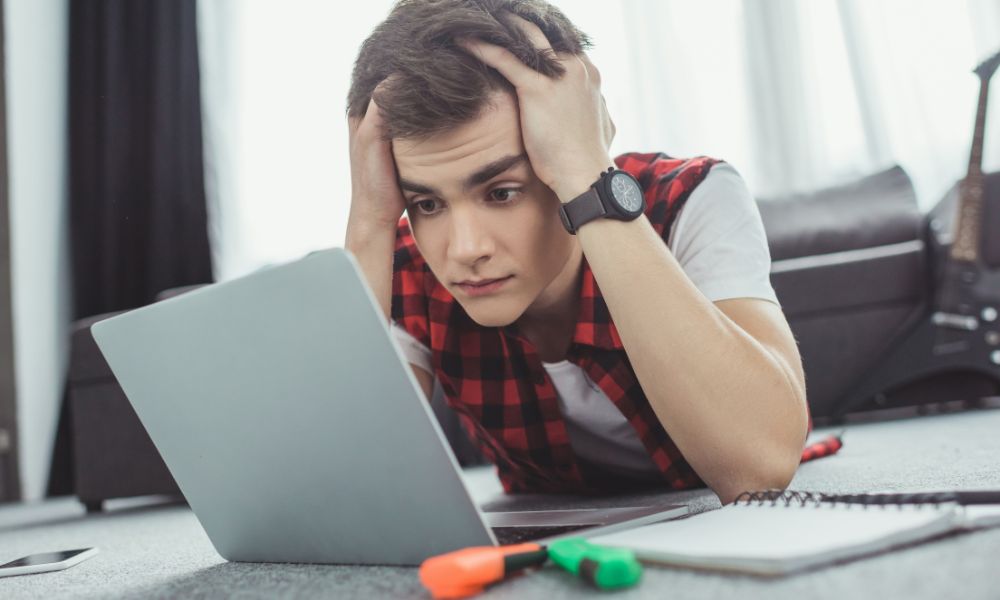 Symptoms of hyperactivity-impulsivity:
● Interrupts others between conversations or games.
● Finds difficulty in waiting for their turn.
● Blurt out the answer before the completion of the question.
● Talks more than required.
● Does not take part in leisure activities.
● Leave their seat when they are to stay seated.
● Climb or run in situations where it is inappropriate.
● Fidgets or squirming movements more often.

How to Manage ADHD

There is no sure-shot cure for ADHD. Instead, it is successfully treated and managed by social skills training, behavioral therapies, executive function coaching, stimulant medication, lifestyle changes, and several other combinations. However, what works and what does not depends on different individuals. There are no perfectly combined medical strategies that fit every person. But yes, studies proved that complementing different therapy treatments with medication can help.

Let’s have a closer look:

A major area that ADHD affects is executive functioning. Children with ADHD face challenges in executing daily life activities like scheduling their day, doing homework, etc. The best way to manage ADHD is to train your child for executive functions. After years of coaching several students with ADHD, we at Themba tutors found that working on different areas, like cognitive inhibition, cognitive flexibility, attention control, to name a few, can show positive results.

A Brief History of ADHD – A Timeline Review

The early 1900s: Its official recognition
● Sir Alexander Crichton first mentioned ADHD in the late 1700s, but it was not an identified mental condition during that period. However, it was officially recognized in 1902 by Sir George Still, a British pediatrician, for the first time. He described ADHD as the defect of moral control.
● A few years later, Alfred F. Tredgold, in 1908, referred to it as high-grade feeble-minded and children who have mild brain damage, which causes things like antisocial behavior.
● Charles Bradley, in 1937, saw a positive impact of stimulant medication on children with behavioral disorders.
● He was a medical director of the hospital that treated neurologically impaired children. There were children admitted for emotional issues, learning, and behavioral disorders—many of them would have ADHD if diagnosed today.
● However, his discovery of the stimulant Benzedrine was based on chance during his neurological examination. He saw that the stimulant positively impacted headaches, and children became more interested in work.

Mid-1900s: Its introduction to DSM
● With time, experts started recognizing hyperactivity as a symptom of brain damage. Therefore, they referred to such a condition (ADHD) as hyperkinetic impulse disorder. This disorder is said to have a shorter attention span and challenges impulsivity.
● However, based on such studies and inclinations, the Diagnostic and Statistical Manual of Mental Disorders (DSM), in its second edition, included a disorder called ‘Hyperkinetic Reaction of Childhood’, posing symptoms like short attention span, distractibility, and hyperactivity.

The late 1900s: Its name changed to ADHD and established more developments
● In 1980, the third edition of the Diagnostic and Statistical Manual of Mental Disorders (DSM) published by the American Psychological Association, revised its name to attention deficit disorder (ADD) based on experts’ opinion, elaborating that ADD can either be with or without hyperactivity.
● In 1987, the American Psychological Association changed the name to ADHD with the revised publication of the DSM-III. The publication now includes a list of hyperactivity, impulsivity, and inattention symptoms.
● In 1994, DSM-IV established the three subtypes of ADHD—predominantly inattentive, predominantly hyperactive/impulsive, and combined. However, these subtypes remained unchanged in the DSM-V.

The 2000s: Release of DSM-V
● In 2011, the American Psychological Association (APA) released updated guidelines for the treatments, diagnosis, and clinical process for ADHD.
● In 2013, the DSM-V was published. It includes the subtypes and language changes for the diagnostic criteria for ADHD. 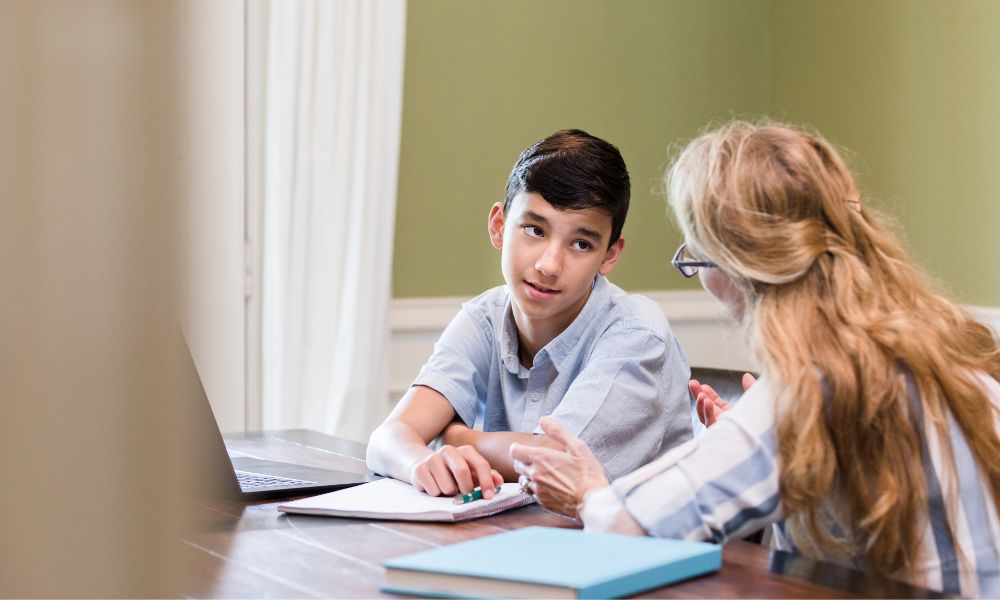 A Word from The Themba Tutors

ADHD diagnosis can cause a flood of emotions in you. Do not rush or panic. Instead, allow yourself time to understand and make decisions for your next move. We at Themba Tutors offer individualized executive functioning coaching for kids and adults of all ages to help you out. You can reach out to us for counseling and coaching for children with ADHD. Our positive and long-developed approaches can help your child develop healthy and regular study habits, look at life problems from different perspectives, and quickly come up with solutions. With the proper executive training by Themba Tutors, you will see your child grow with confidence and hopefulness.

Why is ADD now called ADHD?
ADD is an acronym for attention deficit disorder. In its revised publication of the DSM-III, APA changed ADD to ADHD because earlier hyperactivity was not a common symptom. However, doctors found hyperactivity was an essential element in ADHD as more studies were on ADHD.
Why is ADD no longer a diagnosis?
ADD is no longer a diagnosis because, as of today, doctors, clinicians, healthcare professionals, and executive function coaches use the term ADHD instead of ADD.
Why did they change the name of ADD?
Researchers found many more things yet to be covered under ADD based on studies and experts’ opinions. Therefore, they used a broader term – ADHD, to cover advanced studies.
Is ADD an outdated term for ADHD?
Yes, ADD is an outdated term for ADHD, and it is now referred to as a subtype of ADHD without hyperactivity.

Check Out Our Other Blogs:

⏩ ADHD Brain vs Normal Brain: Functions, Differences & More
⏩ What to Look for in Your Child’s ADHD Coach
⏩ Is Executive Functioning And ADHD The Same?